What’s this blog all about?

Life circles around many things but for me it is a meal…for fun, work, family or a mixture of all, nothing brings people together more than a comfortable and enjoyable setting and a meal that everyone will enjoy and remember for some time.   I had my first series of dinner parties when I was in college in New Hampshire, we were far north in ski country, Plymouth, NH, and would gather every Thursday night.  When I jumped into politics soon thereafter I kept the tradition of dinners and barbecues as it was a great way to assembly friends and colleagues.  You could have a lot of fun and get a lot of work done too.  The went on when I moved to Washington, New York, Boston and then back to Washington.

No matter where I lived, we’d always have a party.  Even back in high school we would do barbecues down on the seacoast of New Hampshire and take foody trips down to Boston.

Le Poisson Bleu came about much later when we bought an antique that was a very large fish with blue accents around the time we were renovating the kitchen.  Everyone asked what it was so we finally named it, “Le Poisson Bleu, a/k/a LPB.”

We have reached a global group of foodies and also our friend from all pockets of the word.  In the first few months we racked up over 4,000 followers and nearly 8,000 unique visitors from all over. 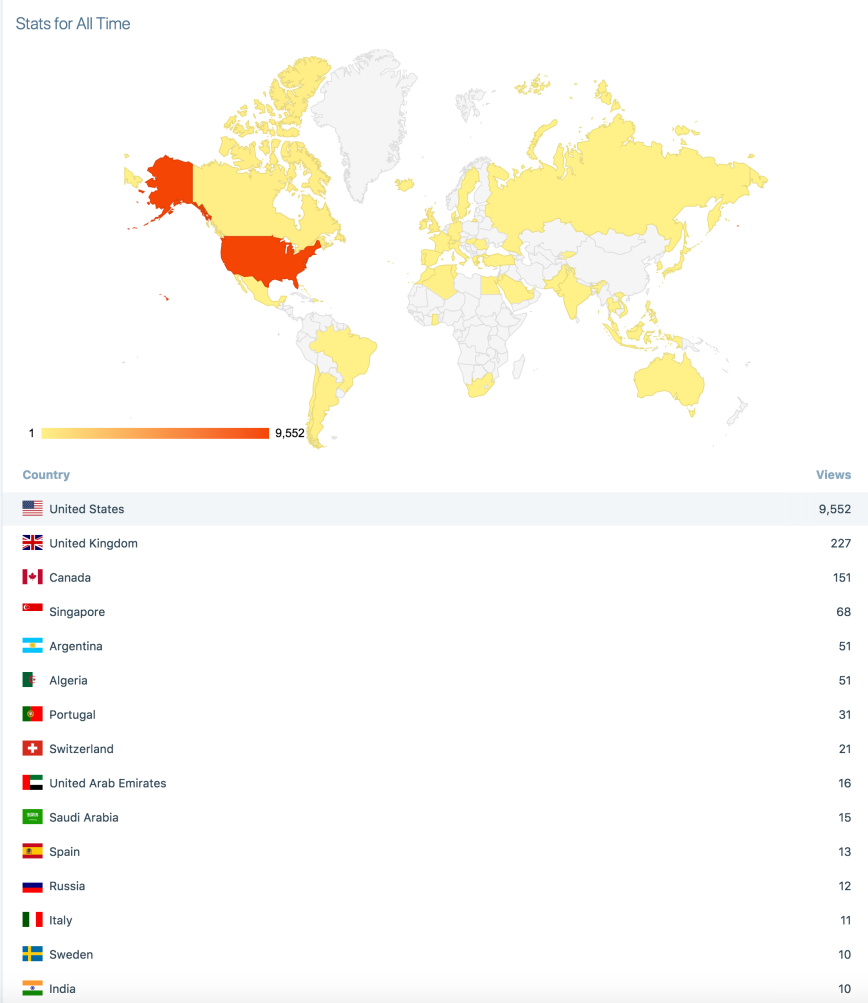 This blog is about cooking, entertaining, eating, drinking and all things that are good with your friends, colleagues, family, business associates and anyone else you share a moment with.  Here is a warning, I type this out when I cook so it takes a while to go back and correct some killer typographical mistakes.  Feel free to send a note to advise.

Cooking does not have to be fancy nor pretentious, sometimes in a pinch you can whip out a 🌎world famous flaky puff pastry pizza for an appetizer, serve watching some event or just about any other occasion. 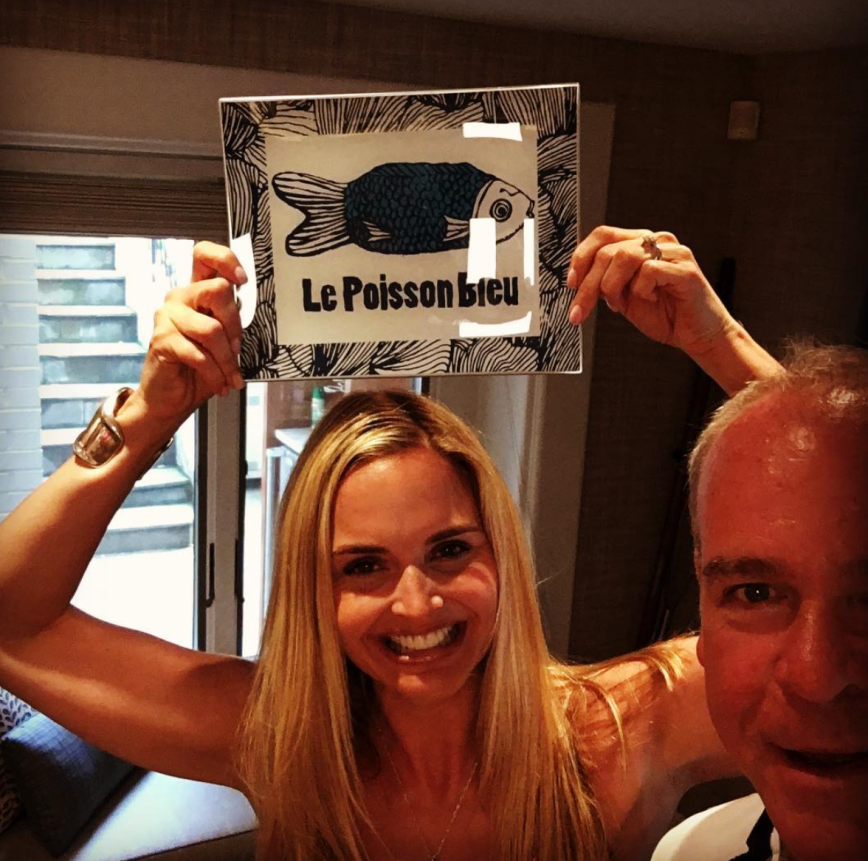 Le Poisson Bleu resides in Washington, D.C. and part-time on a tiny island just outside of Charleston, S.C., named Sullivan’s Island for weekends.  Washington is a big small town and everything blends together from work to recreation.  It’s a town that is a bit self loathing because in one resect people like to bemoan the disfunction of the town.  For me, I think it’s a great place filled with smart and interesting people trying to get things done.  The downside of that is that there are two to three sides to every issues and everyone interprets matters their own way.  So there comes the conflict that leads to the blocking and tackle town that unfolds in the press every day.  But over a meal people can put the difference aside and sit back and enjoy themselves, relax and talk over an abundance of food and drink.  That’s where I like to come in.

On Sullivan’s Island, the inner southerner comes out, y’all.  As a Yankee in the deep south, I have tried to take on a Low Country spin on many of the dishes from up north.  I have been influenced by my neighbor and true Southern Bell, Ms. Jan Crawford.  Now she is a true southern cook who can whip out some of the best pies and just about anything else in a country second. 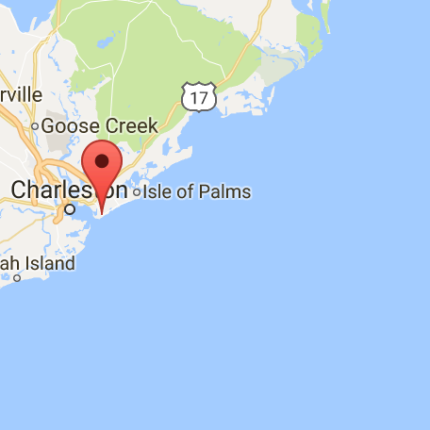 The Early Years, Moving Around

It was hard to keep up with who was who and entertaining was the best way to bring folks together and get settled, even for a short bit.   I first hot a hankering to entertain over a meal at Hampton Academy Junior Hight School, where everyone had to do Home Economics.  I was very impatient and thought the cooking was pedestrian as I had learned it all from the Greeks in my family.  This is when I wanted out of public school, yes over the cooking.

My mother’s best friends were Frankie and Collin Irving, the parents of the most famous kid from our street, John Irving.  Collin was the Treasurer of Phillips Exeter and set me up for an interview by the head of the English Department, Mr. Baldwin, I believe and he started the conversation by recommending another school that had more skiing than studying.  That was a gracious hint for sure.

Well then, Supervisory Union #21 in NH would have to do and I would have to expand my cultural roots elsewhere.  Though I later went to college nearby the school he recommended (the skiing school) and had some infamous times there, including sneaking a keg into the dorm and digging a hole in the wall to pull through the tap.  That did not end well and I still wonder if I remain banned from that campus.  Please note we were just starting to learn how to make nachos.  Fine cuisine.

In addition to Plymouth, I would take a lot of classes at UNH in Durham.  I got to some of my life-long friends and got introduced to a sleepy little peninsula off of Gloucester, MA called Annisquam.  I went there one weekend with Nancy Craig and settled in for a decade of great times.  This is where the infamous Biddy comes in.  It was a great tribe of friends too many to rattle off, but one needs special mention, Nancy Deshler, a then 80 year old woman who was the highlight of so many nights.   Cocktails would start sometime around 4 PM with some pretty stiff drinks.

I would be responsible for happy hour snacks as well as for making breakfast on most mornings.  Squatters have to earn their keep.

I was ripped from Washington to go work in New Hampshire on a Presidential campaign.  Once again in a city knowing only Steve and Susan Duprey.  I lived near Steve and his family when I grew up in Kearsarge Village.  I immediately went out and bought a grille for my apartment and would invite reporters over who were covering the Presidential campaign and it grew into an almost nightly gathering.  It was a great way to spend time with contemporaries and get some work done.  Yes, they all had to pitch in for their food to keep it on the up and up, and good thing as it would have been pretty expensive.  I remember grilling a lot of meat and serving with a simple veggie side.

During a political campaign staff are urged to give live with supporters and I landed with the Maloney family, an Irish Catholic clan with six kids, two dogs and some random cats out in the garage.  The world famous Marinated Skirt Steak hails from the matriarch of the house, who could whip together a BBQ for 20 in just a few minutes.  This family came to NH from Arizona and then made their way back, but brought some amazing Southwester cuisine to New Hampshire.

I remember reading Barbarians at the Gate and one of the larger in life characters in the book was one of the leverage buy-out kings of NY, Teddy Forstmann, really stood out in my mind.  Years later I found myself at a meeting with him and he offered me a job a few months later.  Well, he did not exactly offer me a job, he told me I was going to work for him, without discussion of the specific job or salary.  All he said was it would be more money than I would get and more experience than anyone like me deserved.

So there started a wild ride for two years.  Most people in this spot had a 6 month shelf life and I barely escaped out the door but would not trade the experiences for anything in the world.  Year later I caught up Teddy in London, during Wimbledon, and we had lunch at our shared hotel, Claridges.  He was not feeling all that well as he thought it was some lingering issues from a virus he had but sadly it turned to be terminal cancer.

I was luck to have that afternoon with him and talk about all the old times as I would travel with him a lot.  We laughed over my first 4 months working for him when I was too busy to find an apartment and was rather comfortable at my suite at the Plaza Hotel or St Regis.  This is the period of life that I went from flying first class (if upgraded) and heading down to the Delano thinking it was the high life to jumping on a Gulsftream and jetting down to St Barths.  When I wasn’t on his plane, I had access to a NetJet and so off we went, Cynthia, Amra and I hopping around the country for work.

Follow Cooking Conveniently and with Purpose #LPBcooks on WordPress.com