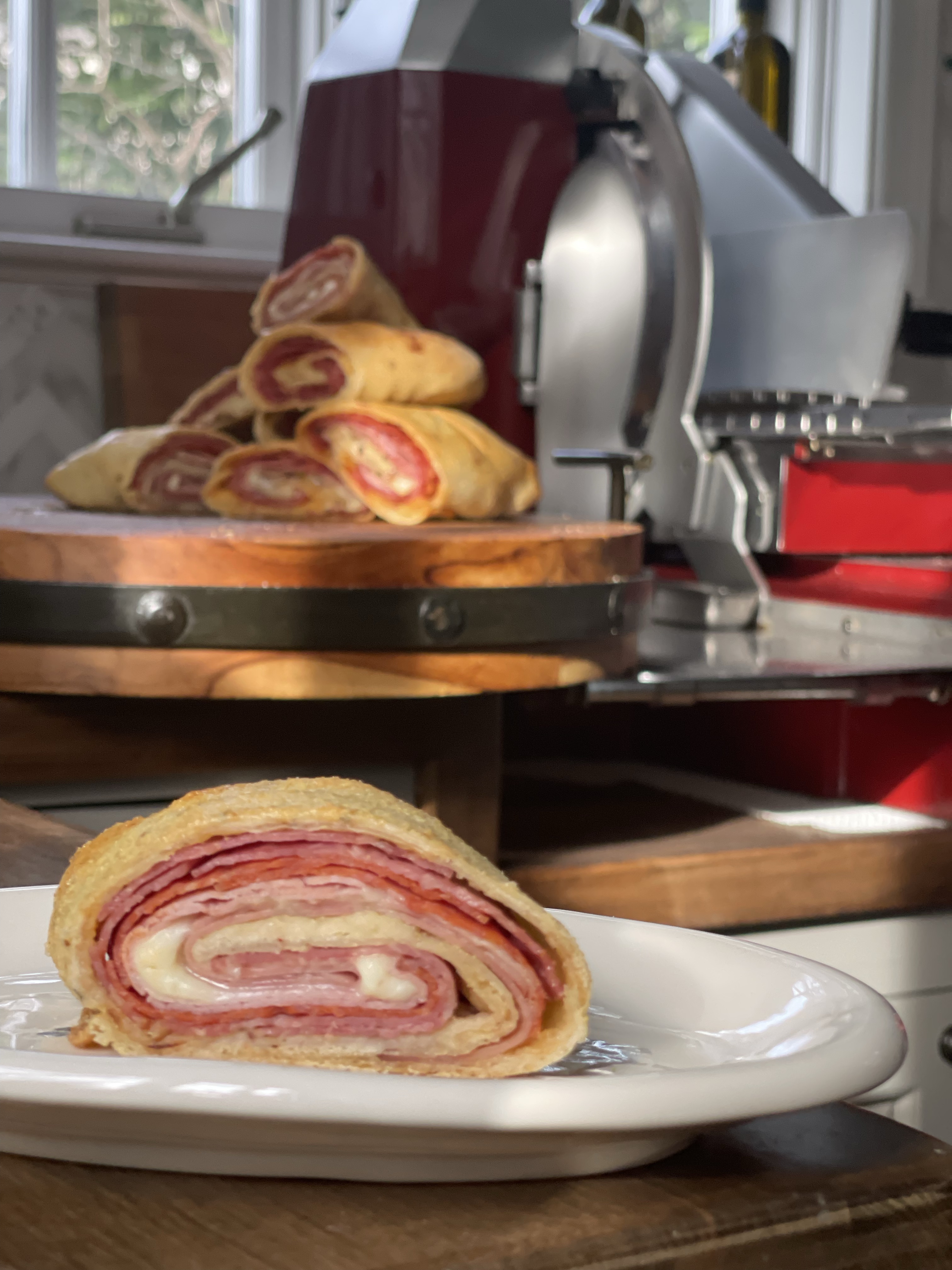 Strombolis are great for a game day snack especially if you’re having a party. Just make the pizza dough then its deli meat and some sliced banana peppers, herbs, red pepper flakes and a splash of vinegar then bake, slice and serve.