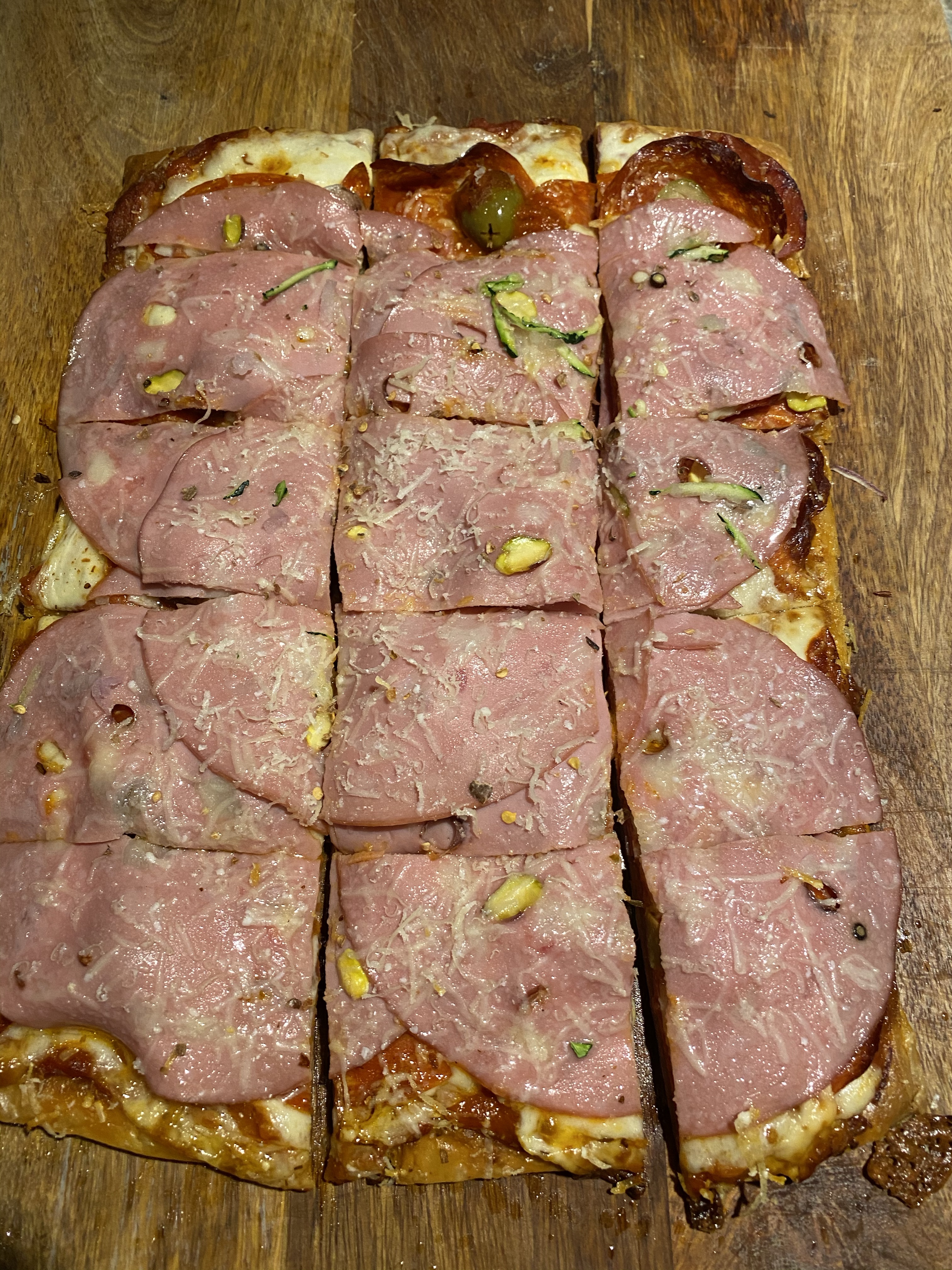 This is truly a (deli) meat lover’s pizza that you can either make with your own pizza dough, or store-bought puff pastry sheets. Both versions are just as delicious as the other. Follow either recipe below until the point when you put the sauce on the pizza, and then take it from here:

As you know we are a big proponent of the five senses rule for any party. The most significant part of connecting with your guests’ senses is hitting their taste buds, the most important ‘sense’ in a party. I would say that ‘taste’ is the only objective sense and it is based mostly on the…

This is an emergency dish with many variations. If I was asked for a recipe that can be made with all store-bought ingredients from a regular neighborhood grocery, this pastry dough pizza is one of the best options. Ingredients Pre-made pastry dough, most likely Pepperidge Farm or Dufour, thawed 2 cups Rao’s marinara sauce 16…