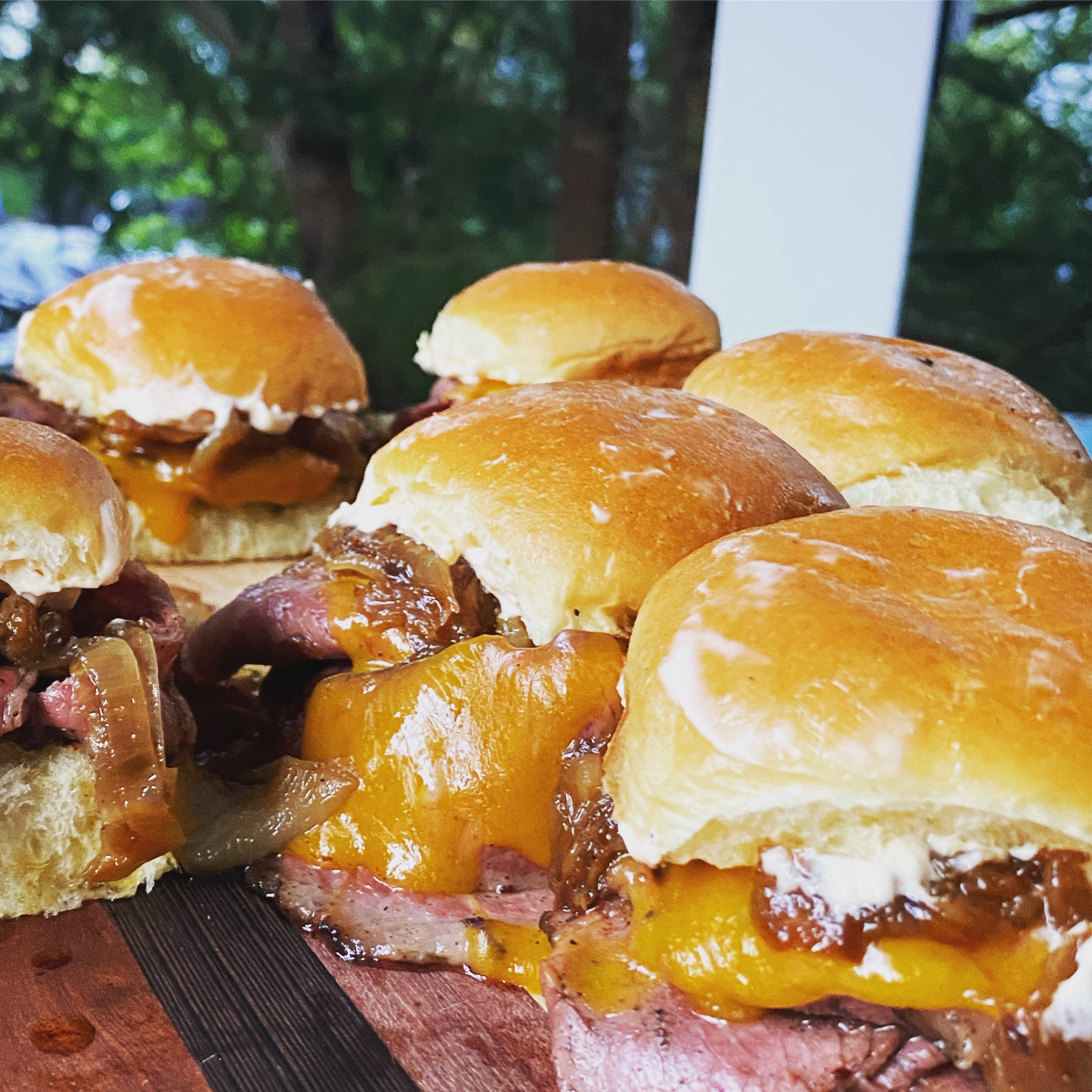 When it comes to a larger party, I like to have everything done before people walk in the door. I like to make mini pastrami sandwiches with caramelized onions, an extra sharp cheddar cheese and a Sriracha aioli on a brioche or potato roll. All you have to do is broil or grill the rolls, then put the pre-made pastrami mix under the broiler, stack on the roll, add the sauce and you have a hearty cocktail snack. This recipe makes 24 sandwiches.

0 comments on “The Party Pastrami Minis”