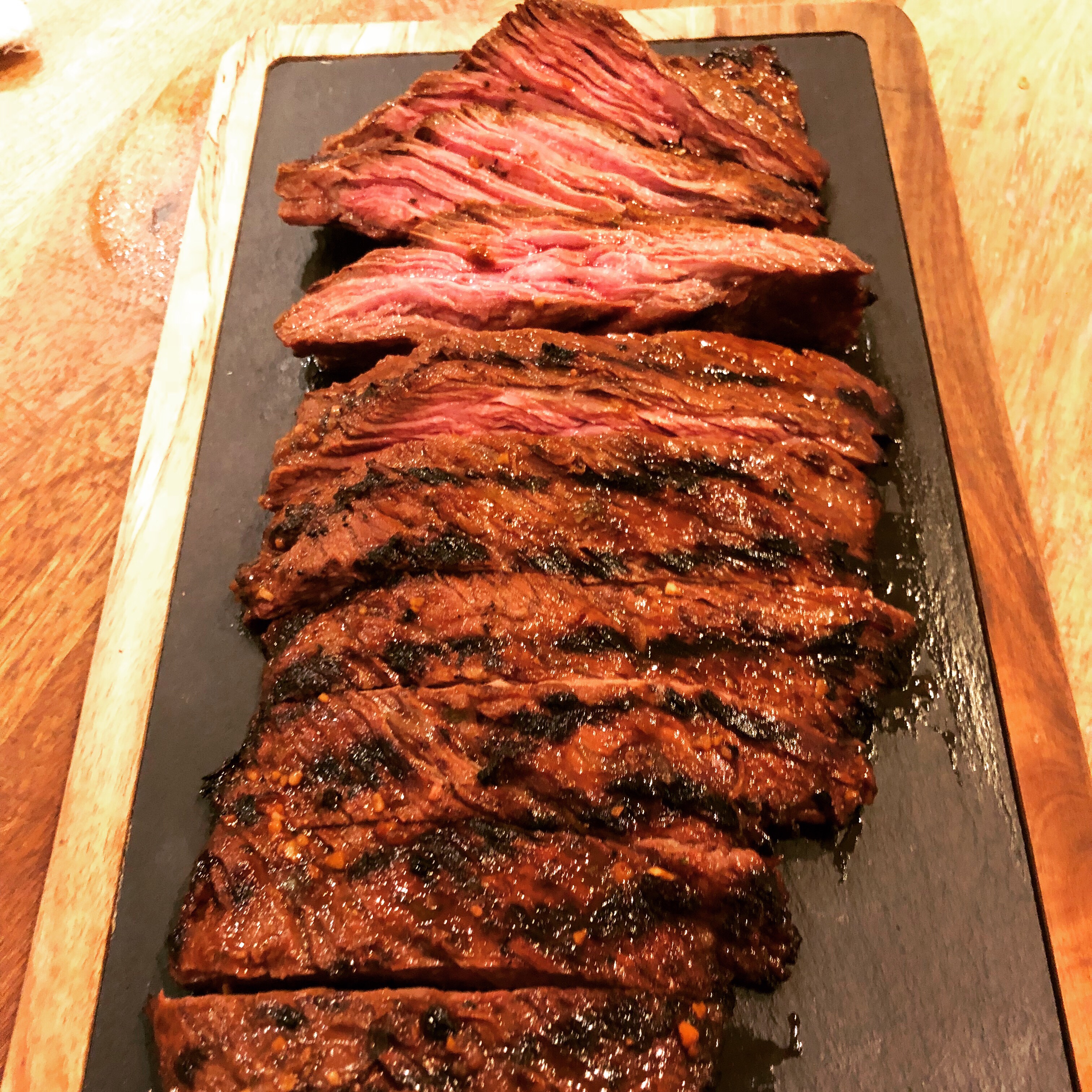 Wesley Maloney is the king of the kitchen, and for years she would serve up a perfectly charred skirt steak that had marinaded for 24 hours. The oil creates a high flash point that ignites the grill to caramelize the sugar in the ketchup, while the soy already deeply penetrated the beef for rich flavor. This recipe has never failed to satisfy, and tends to keep the table asking for seconds, thirds…

The next generation of Maloney’s family did some experimenting, and discovered that the marinade was not only perfect for flank steak, but skirt as well. Their daughter Elizabeth marinated chicken with it; she found that it was a total winner as well. It also works very well with tuna, swordfish and sea bass steaks. This truly universal marinade makes the summer hit list year after year.

Sides to try with skirt steak: