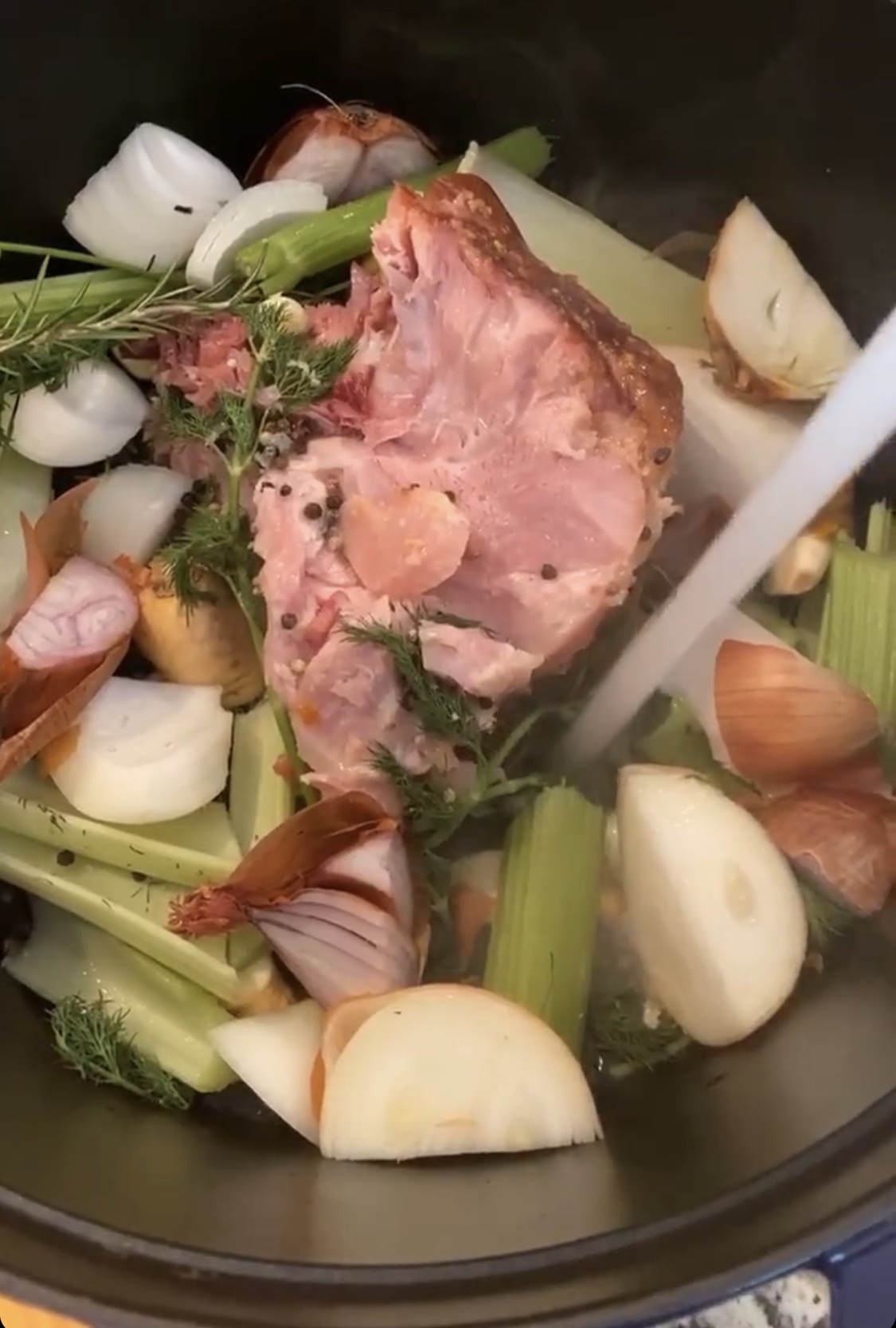 The spiral ham is a staple at Easter and other big occasions. We always smother it with a light brown sugar garlicky citrus glaze and cook long enough for an amazing caramelized crust. This is just delicious, but the ham never goes away after – it’s a never ending chore to polish off the leftovers.

Over time we realized it is best to make a ham stock, and use it instead of chicken stock to make pea soup or a ham and pea risotto. This is a very simple recipe that creates an amazing base to a lot of recipes you would usually use chicken stock for.