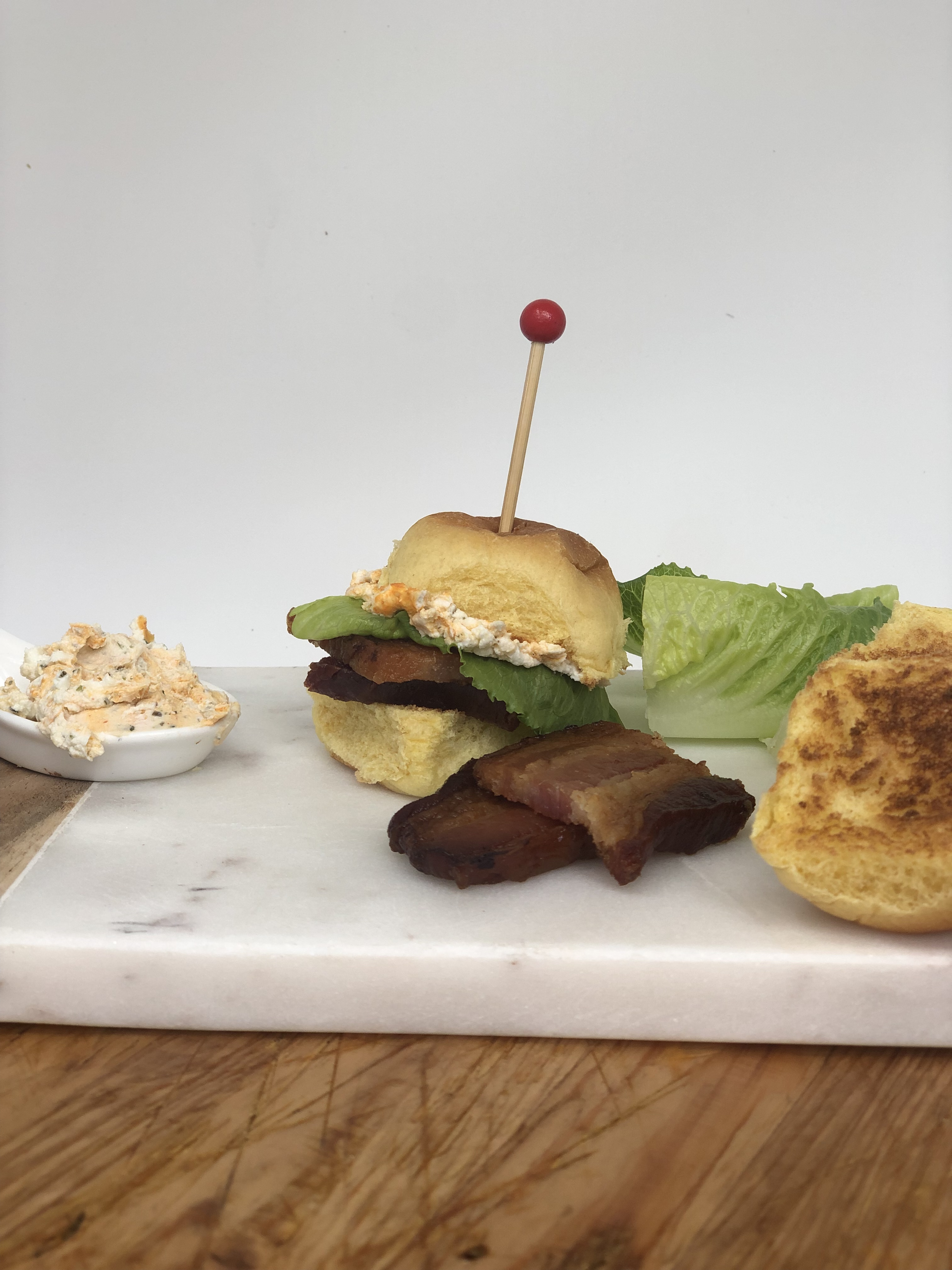 Everyone knows we love a good bacon sandwich and have a host of recipes, but we do love this simple variation thar brings in a toasted potato rolls with a herbed goat cheese and Sriracha mix, some romaine and thickly sliced bacon from a butcher shop….if you really want to elevate the taste then add some caramelized onions.