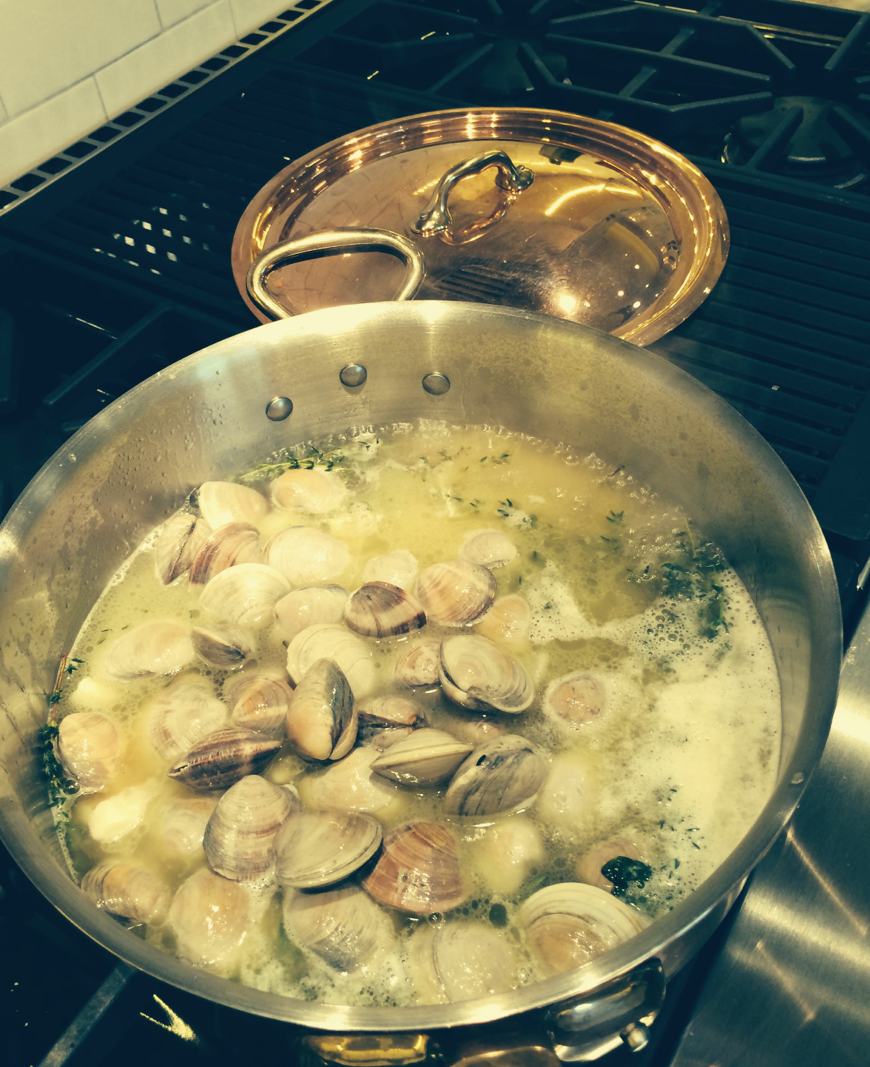 I love chowders in the early spring, late fall and winter when you can get access to fresh ingredients and it is cool enough to enjoy a warm chowder. Hot chowder in the summer never really made sense as that is time do get into gazpacho and other chilled soups.

This is just another easy and forgiving dish. There are a few steps but the easier the dish the less the kick. People always ask about how big to chop all the items in a soup, salad or whatever they might be cooking. It is simple to figure out just by using common sense. Just think to yourself if you were about to bring a spoon of chowder up for a taste, how big would you want the bits of onions, peppers and so on to be? That is really just about all you need to think about.