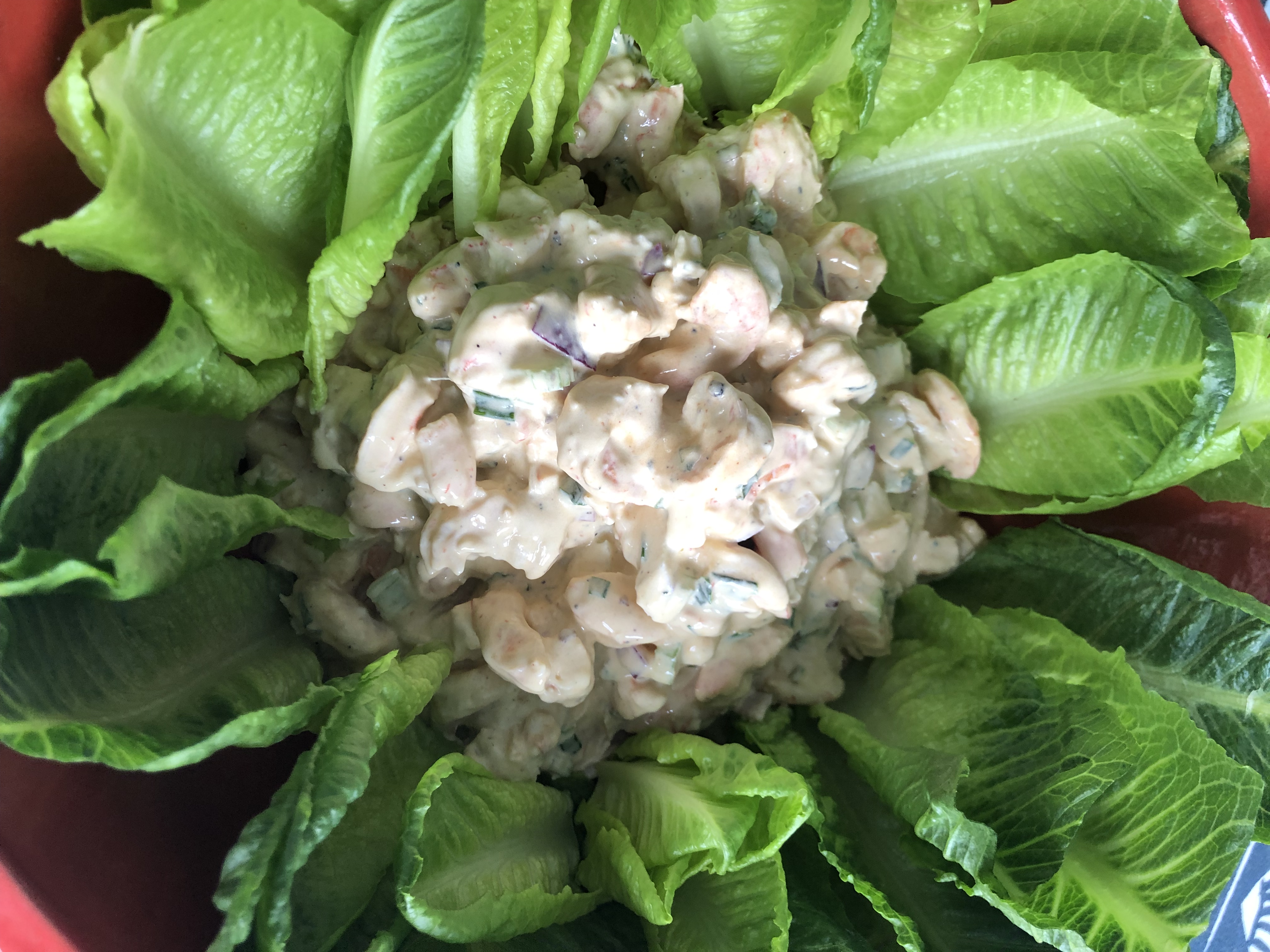 Gluten Free. When it first became a fad I bucked the trend and said that it was really not my thing to figure out all these food fads. This one stayed around for a while and I realized that there should be at least one option, especially at a buffet party, that is gluten free. Frankly, I was feeling a big guilty when there would be some people saying they were totally fine not eating anything at a party except for there gluten free crackers they had in their car.

I often make a gluten free version of our own butter poached mini shrimp rolls but completely change the sauce so it has a kick to it as you are serving it with lettuce not a tasty butter grilled bread.