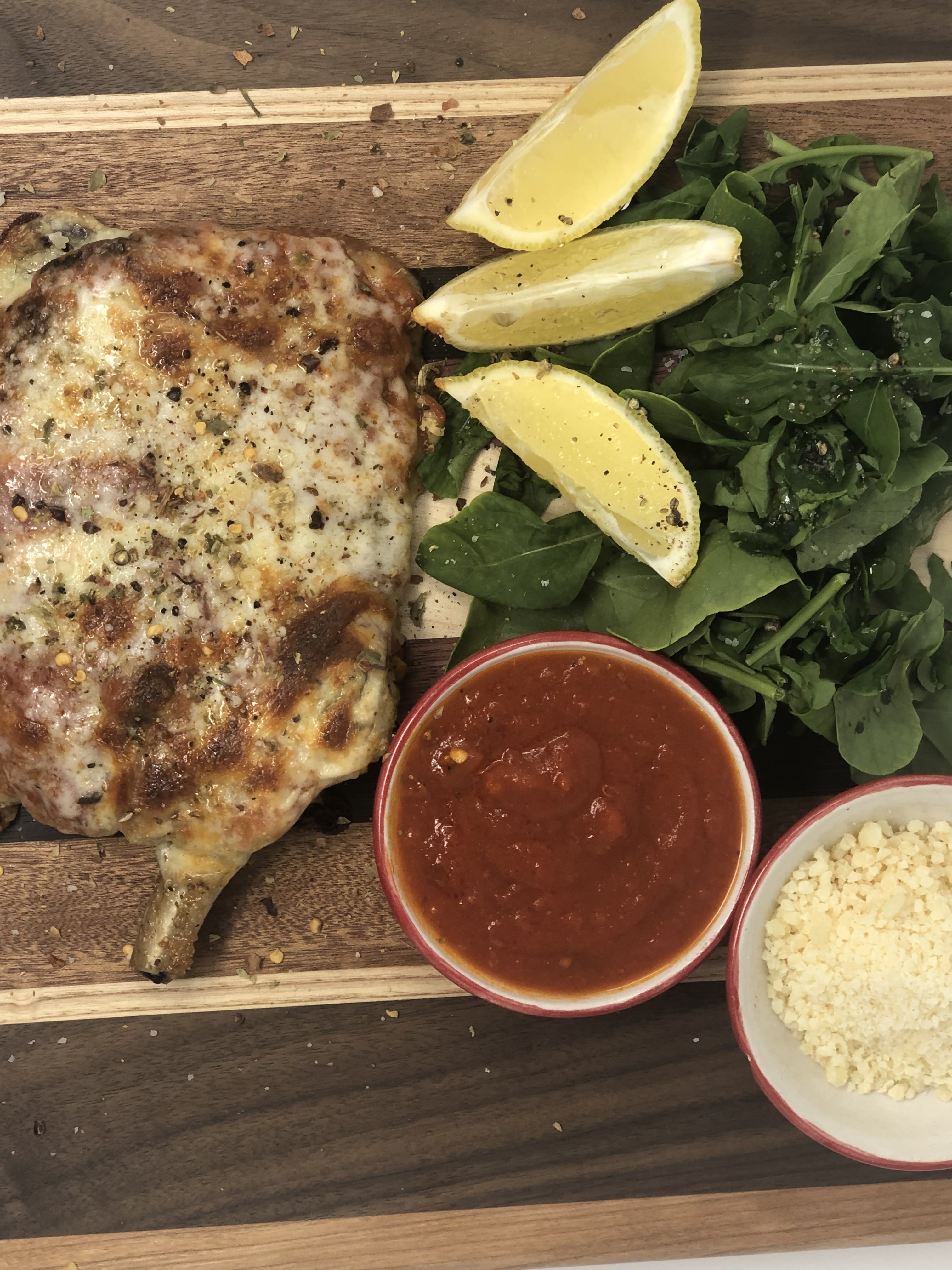 I love a pork Milanese topped with marina and mozzarella. The trick is, of course, to be able to pound the chip until it is about 1/3 in thick so it cooks quickly and the bread crumbs don’t burn. This is great with lightly dressed arugula salad and cherry tomatoes….and lot’s of lemons.