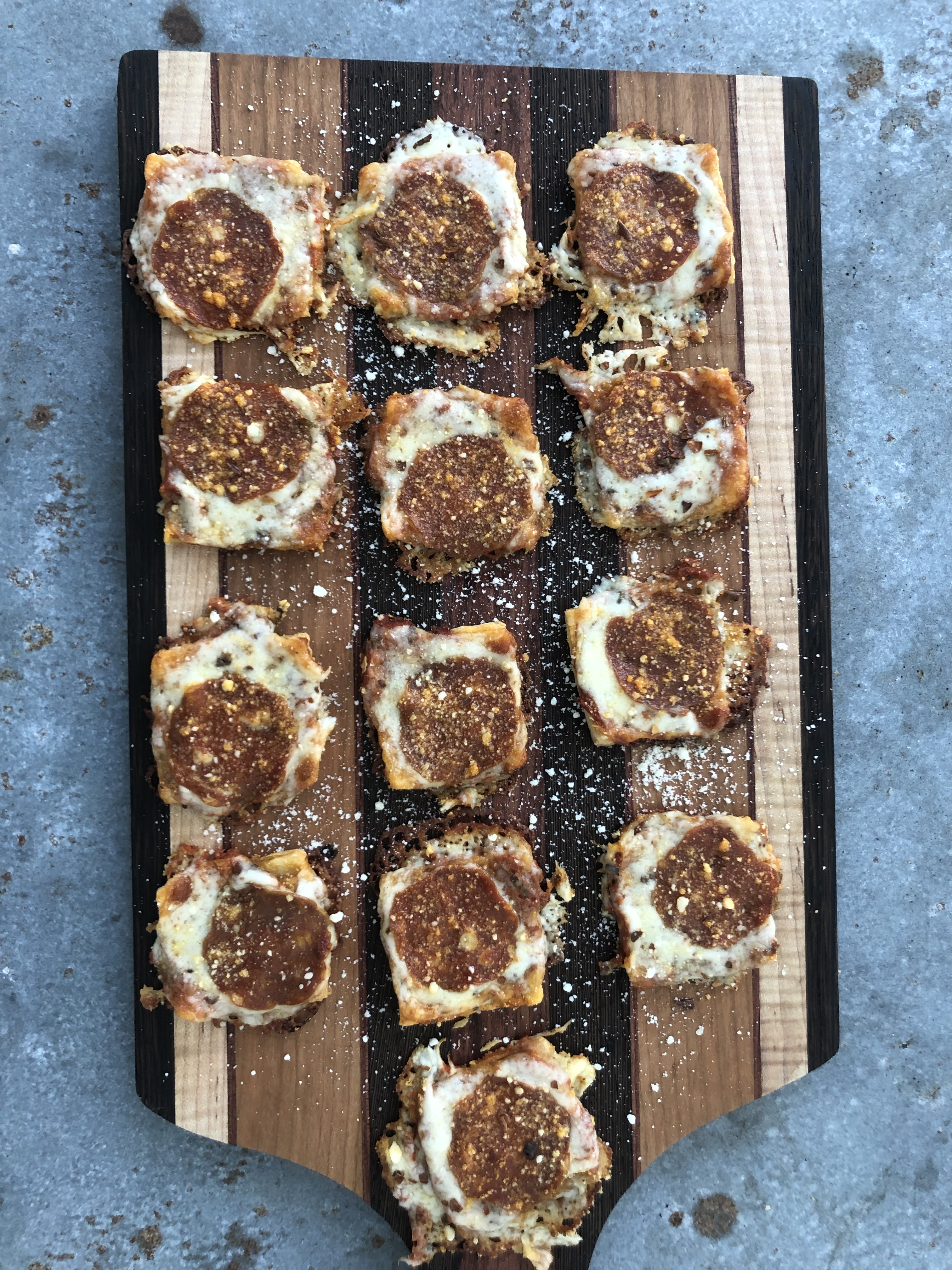 The after hours menu at Claridge’s Hotel in London is a spectacular celebration of late night food which is troublesome, especially with their puff pastry pizza option dangling out there at 2 AM or so.  It’s too delicious to pass up but do you really need a sheet of pastry dough drenched with cheese, sauce and meat that late?  Probably not but at that hour who should be expected to make a smart decision?

As everyone knows, we have perfected the larger version of the hotel’s  Flaky Puff Pastry Pizza and it is a staple appetizer at dinner parties.  However the slices in the middle would always be a bit gooey so we decided to cut the dough into squares and put the topping on each slice individually.  This is a really easy appetizer to make and people really enjoy nibble on a crisp and spicy snack before a meal.

UPDATE: Claridges no longer offers their once delicious puff pastry pizza and now just serve traditional styled pizza dough, which isn’t that bad but a terrible shame to, yet again, change their amazing bar / late night menu. Up until 2009 they had the most amazing chicken wings and they too were replaced with something less exciting. If you happen to go their for a snack then their tempura shrimp. This dish now reigns supreme and one of the few original items still on the menu.