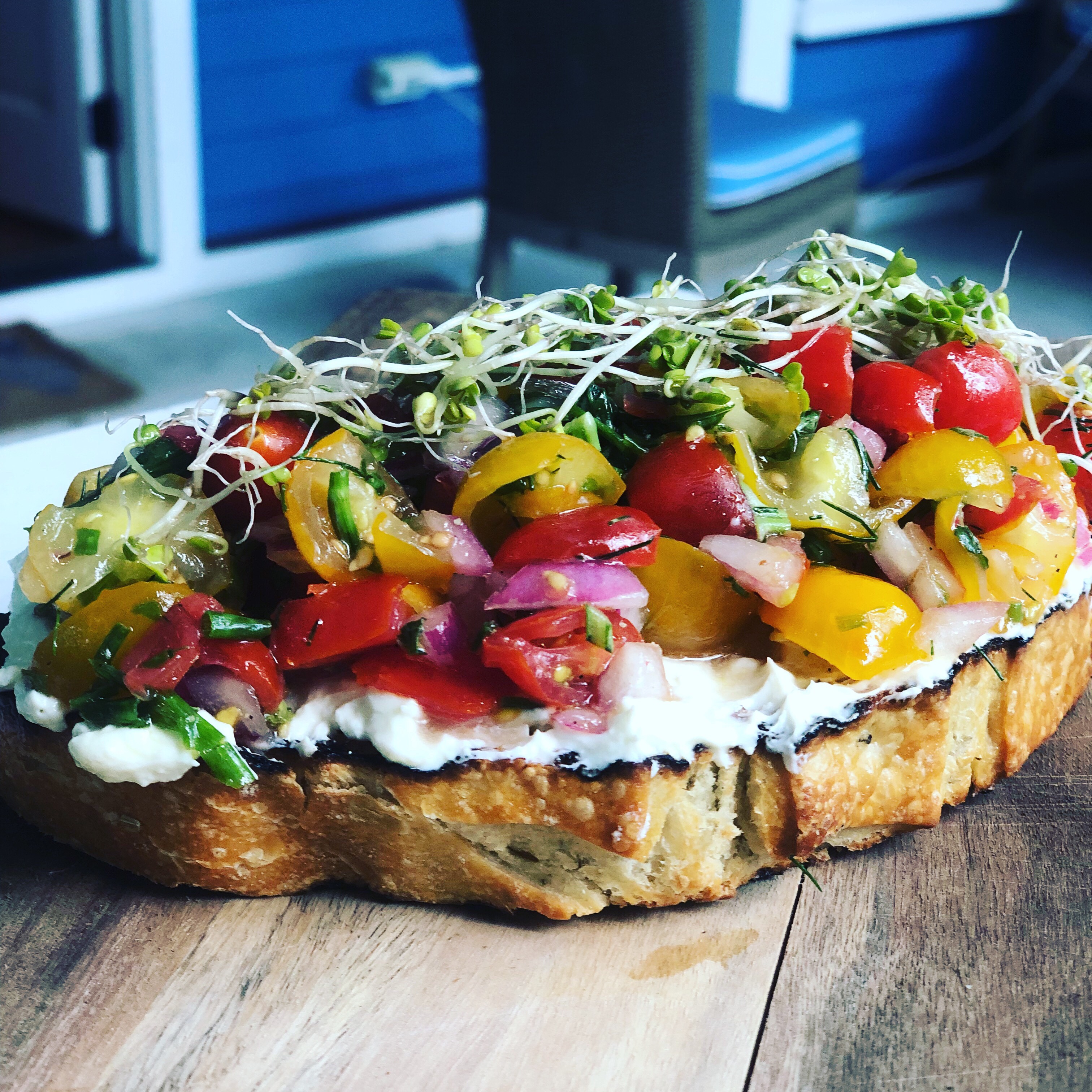 I have reached my limit with avocado toast especially since it keeps popping up everywhere and is served all day long. Frankly, not to be rude, but Guacamole tastes much better on a tortilla chip. Also, in the summertime, I am always trying to come up with a new salad or kick-off to a dinner.  Even though we have some tasty salads like the ones like below, there is always room for new ideas.

Panzanella with a twist

This dish is a spectacular start to an outdoor dinner in the heat of the summer when the basil and tomatoes are at their peak.  It is a big hit for a dinner party when people want to just sit back and enjoy a great conversation, wine and food.

*Our super Housetern Jack discovered a revolutionary way to cut cherry tomatoes.  Take two plates and put one plate face down, fill the raised area with the tomatoes and put the bottom of the other plate on top.  (I would not use fine china.) Then take a knife when you are holding the plate and cute through the town plates chopping 15 or so tomatoes in one cut.  Jack is now a very successful banker in New York City because he did not cut cherry tomatoes one at a time.