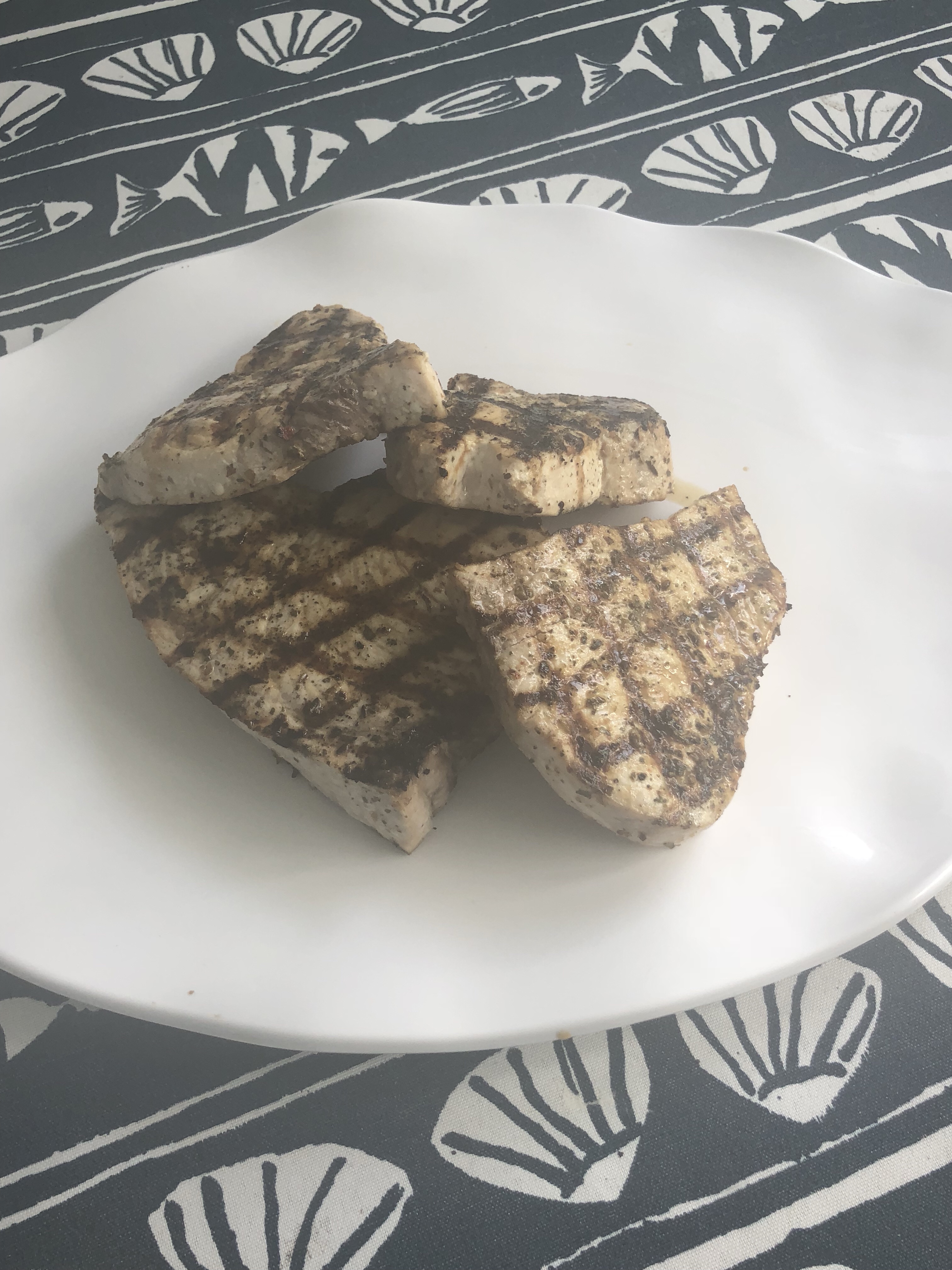 When summer rolls around I like to turn to lighter dinners during those hot and steamy nights.  Swordfish is an easy fish to grill and is a meaty kind of ‘steak’ that has great flavor and texture.  I prefer a roasted cherry tomatoes topping with lemon, basil, dill and capers, just enough to add sone flavor but not take over the fish.