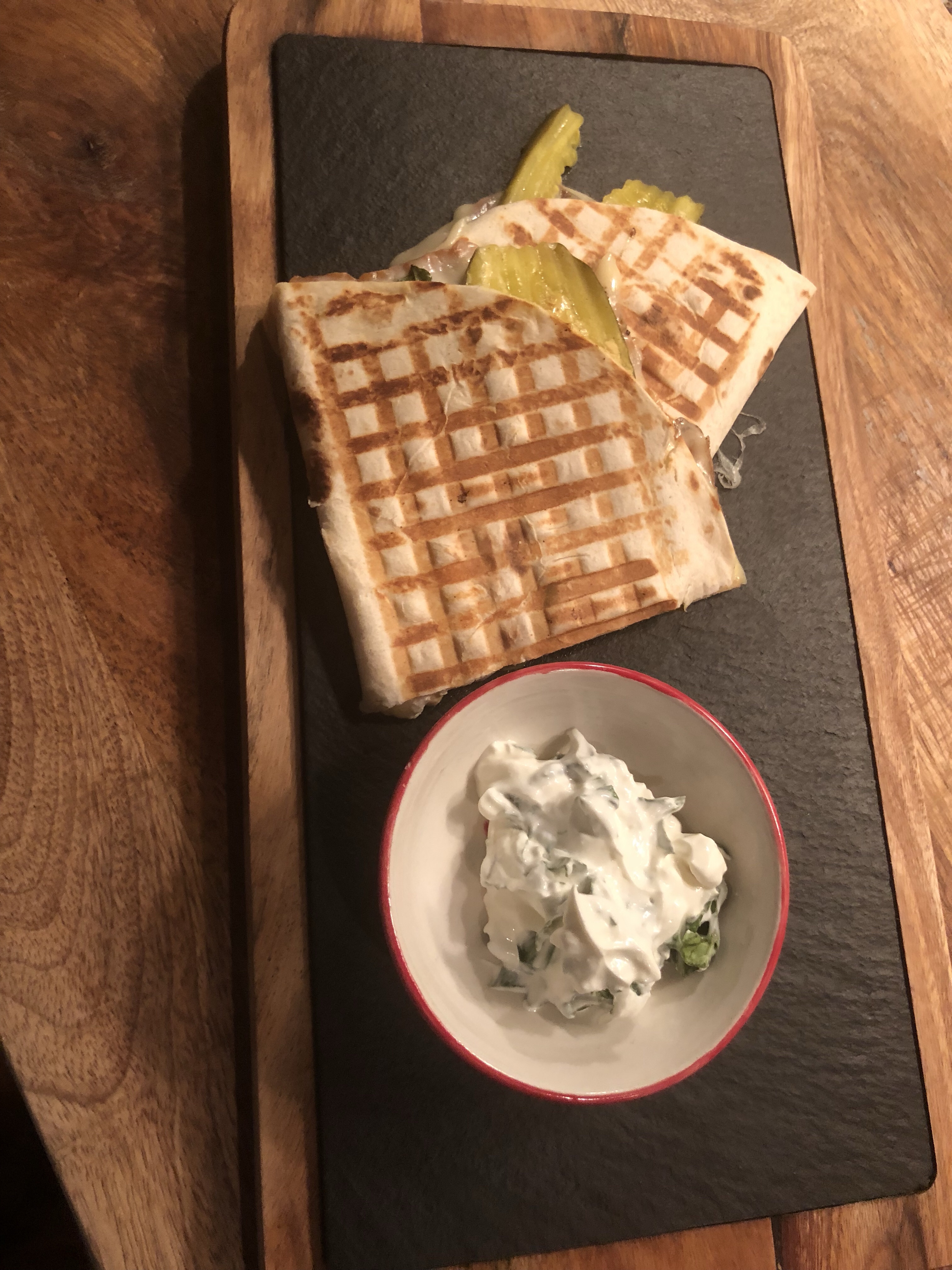 Traditional Cuban sandwiches are an excellent lunch treat but I found the bread to be filling and they are usually made with too much mustard for my liking, and yellow mustard at that.  I wanted to make an on-the-run lunch or late night treat that was packed with flavor but not overly filling so thought tortillas would be a good substitution.  I rarely have the traditional roasted pork sitting around so I replaced that with pepper backed chicken.  If you do not have a Panini press then just cook them on a pan, preferably Teflon.

Makes 8 full or 16 half tortillas