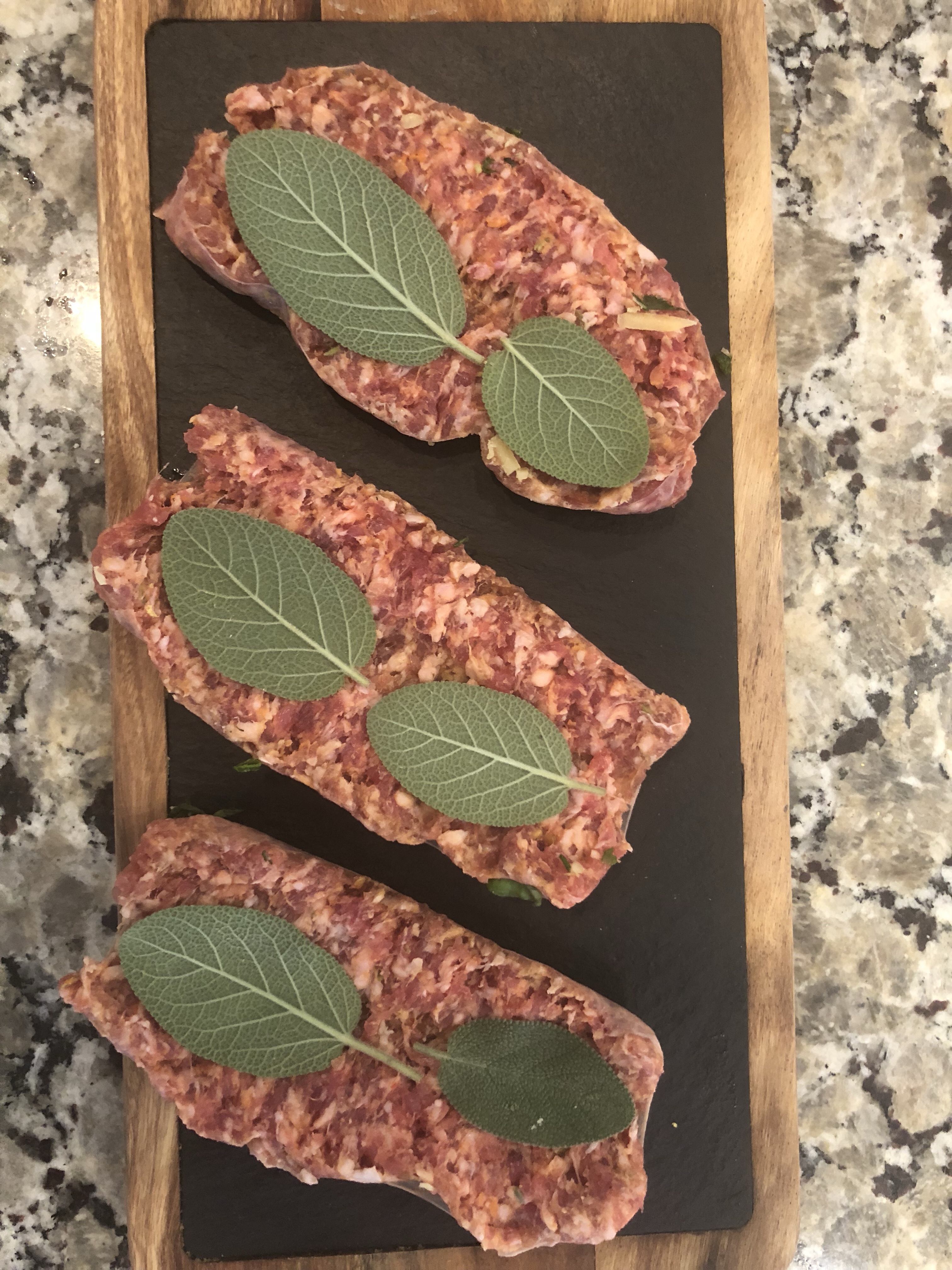 When I lived in the Upper East Side of New York, I spent many nights heading down to the East Village to eat at my favorite restaurant, Da Silvano’s.  It was a very lively restaurant with an amazing atmosphere, great food and a clientele of celebrities and some for the better known people around town.   I was drawn there by not only their food but Silvano himself.  He was a shorter man with long silver hair and a very heavy Italian accent.  His accent mixed with some wine could really make understanding him a big challenge so it was tough to get recipes out of him.  I was able to understand one of them because it was so simple and so good, sage seared sausages.  Simple, easy and tasty.

The key ingredient is the sausage.  Take the time and go to your butcher for their hand made sausages.

I often then put a slice of mozzarella on and melt under a broiled, serve on a brioche roll.  Slice them up, put a toothpick hold together and serve as an appetizer.