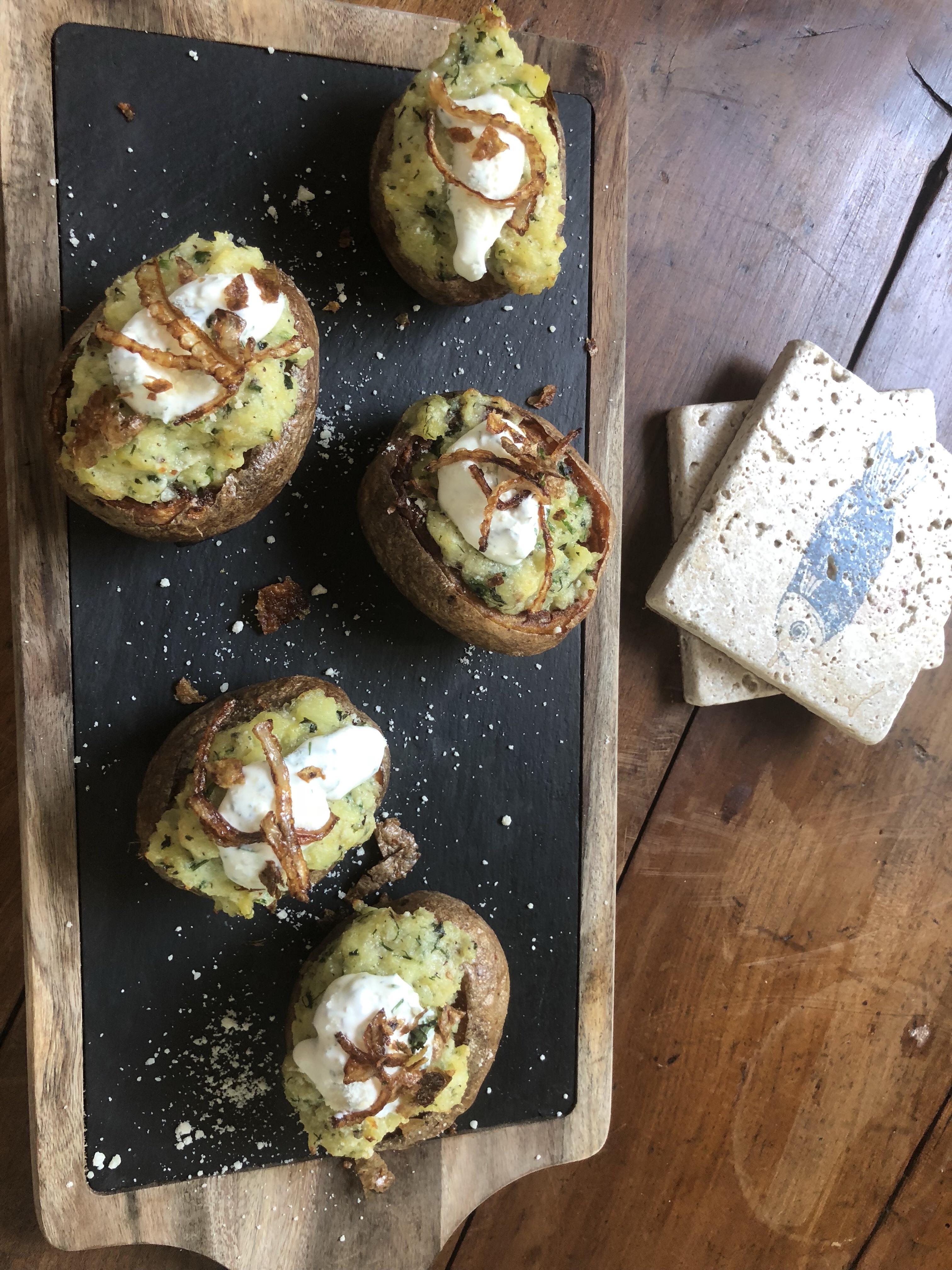 Twice baked potatoes were always a big hit at Thanksgiving though the skins were dry and tasteless.  At LPB, we do a twice baked, once fried version and switched to the more flavorful Yukon gold potato from the russet that was a staple growing up.  Forget the sour cream and open up some creme fraiche, grab some butter, basil, dill, chives, parmesan and other ingredients and you have a winner of a side dish you can make earlier in the evening and then just bake before you are ready to eat.  Make these early in the morning or the day before and bake them off before serving them.  They are a total winner and plan for 2 potatoes for each person.

Be sure to check out some other recipes: