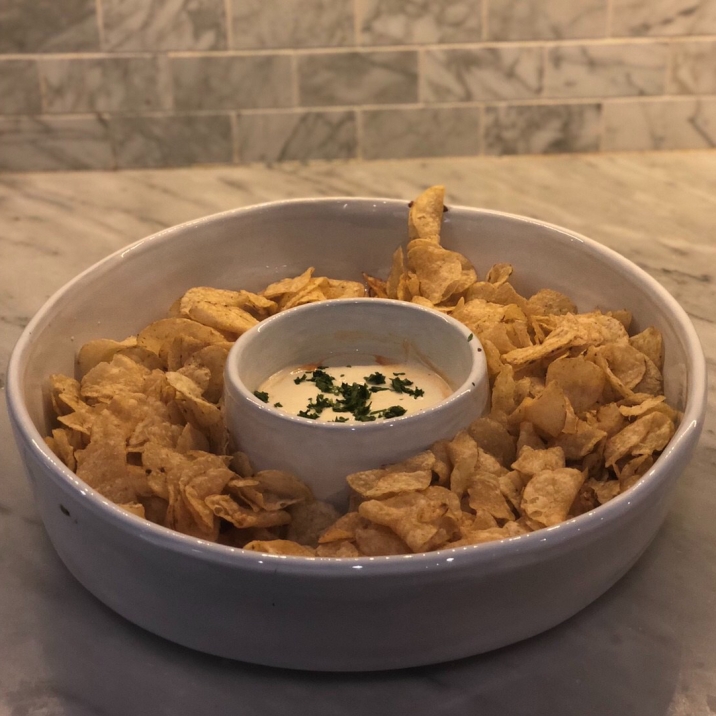 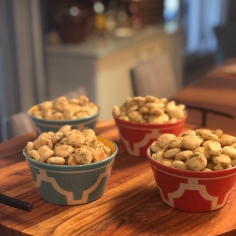 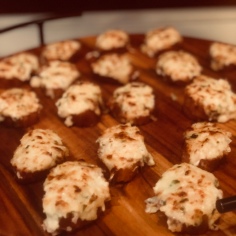 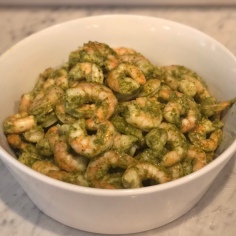 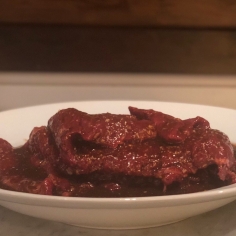 Marinated skirt steak. Either marinate for 12 hours and grill or freeze for up to 6 months. 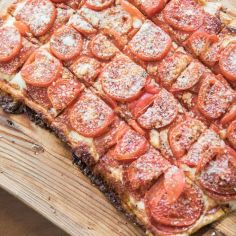 Photo courtesy of Edible DC Magazine. They came to Le Poisson Bleu for a day of cooking including our 🌍 famous flaky puff pastry pizza. 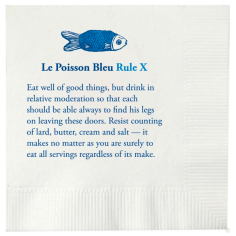 Cocktail napkins with one of the house rules…

People move in and out of Washington D.C. all the time. From politicians to the people who report on them, there’s always constant change.  As a result, there are a lot of welcoming and going away parties. But when a good friend is coming or going we love to have an informal celebration.  When Bonney decided to move to New York City for a new job at her company, we had to think hard about what kind of party we wanted throw, considering it was the second one we have had for her!

We always like our parties to be just that, a 🎈  party.  After a week of rainy weather, the burst of Sunday sunshine made clear that it should be a pool party BBQ, with fajitas and other items, so people could eat standing up without spending a long time at the table or in the shade. We know Bonney’s crew would be ready for a good time, so we set out a menu and planned a party that would be fun for all of our guests, while remaining flexible in how many people would come.

Build a strong guest list of fun people.  People can smell a ‘networking’ event a mile away.  Just make it fun and save work for the office.

It’s hard to guess who is coming and how many there will be since a lot of people use the doorbell as their R.S.V.P.  These days, I find that no one takes invites on Facebook very seriously and Paperless Post invites find their way to the spam folder or get lost in the shuffle.  If you have time, send a short email to each guest and add something personal.  The extra time at the front-end will drive a higher response rate, which will help for planning purposes.  On larger parties you want to a scalable menu because you really will never have an exact count.

Set the menu early, make it appropriate for the season and then build out the shopping list and cooking schedule.  Having a successful party takes a little planning, so the first thing is to pick what kind of event you want.  This time, we wanted a walk around pool party BBQ, so people could come go as they chose, jump in the pool or just have a drink and chat.  With that in mind, we mapped out the menu and based it around our world-famous fajitas bar.

Once I knew what I wanted to serve, I mapped out the event and what I wanted to be ready when the guests arrived.  I always want the music on, bar set and some appetizers waiting at the starting time.  In Washington, you need an hour for everyone to show up and you should not punish the on-time people by not having everything ready.

With a fajitas bar you can do just about anything you want and put in a wrap.  Since it was the start of summer, we thought having shrimp and beef as options covered our bases.  We have a world-famous marinated skirt steak recipe that you can slice, along with pesto shrimp.

For sides we chose:

Salsa (I think Jack’s salsa is the best)

For a side dish at a free standing BBQ,  I like to make something in advance that has a lot of fresh herbs, a light dressing and can sit around a long and not look as taste tired.  I picked the old classic orzo pasta salad.

For a party like this, dessert is best to make simple, so you can toss on a few plates and leave for people to grab.  I thought for this event, our Toffee Cookies would do the trick. 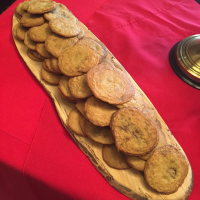 Our parties usually go into overtime and I always have an after meal snack ready to be served to absorb some of libations that might be consumed by some guests.  Though it gets a bit messy because at this point the guests are well into their cups, popcorn does the trick, well at least our version of it does.

This time we made our version of kettle corn that is a huge crowd pleaser.  I use a medium-sized dutch oven and on high heat put in a stick of unsalted butter, 1/2 cup of vegetable oil, 2/3 cup of Old Bay seasoning, 3 tablespoons of sugar, 1 tablespoon of salt and 1 1/2 cups of popcorn.  Cook until popped, mix with a cup of freshly-grated Parmesan cheese, salt to taste and serve.

One thought on “Bonney’s Going Away Pool BBQ”

Communications Professional and Amateur Cook...trying to bring the two together again. View all posts by Jim Courtovich

Follow Cooking Conveniently and with Purpose #LPBcooks on WordPress.com