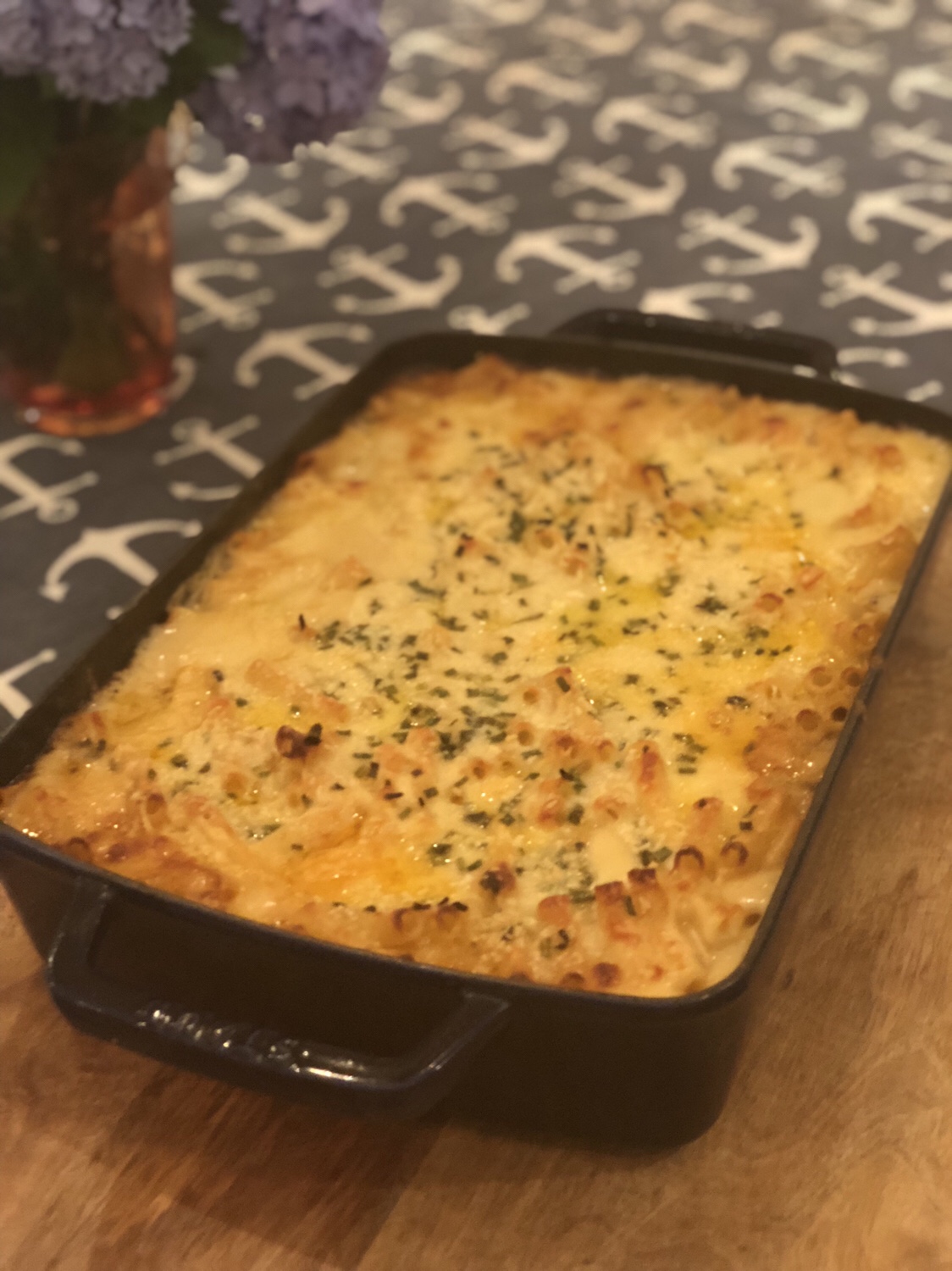 It was a rainy night on Sullivan’s Island and no one could pick a restaurant so I pulled together a last minute dinner party.  However,  there was not a lot of time to cook and its hard to figure out if there will be 6, 10 or 16 friends coming over so a main dish meal with a salad was definately the way to go.  As we all know, some folks think the doorbell is their R.S.V.P. especially when the event is pulled together last minute.

First thing was to make the traditional Mac ‘n cheese but added a twist by going to Lewis BBQ in Charleston for some of their world famous chopped brisket.  Ummmm, amazing served along with a salad…done and done.