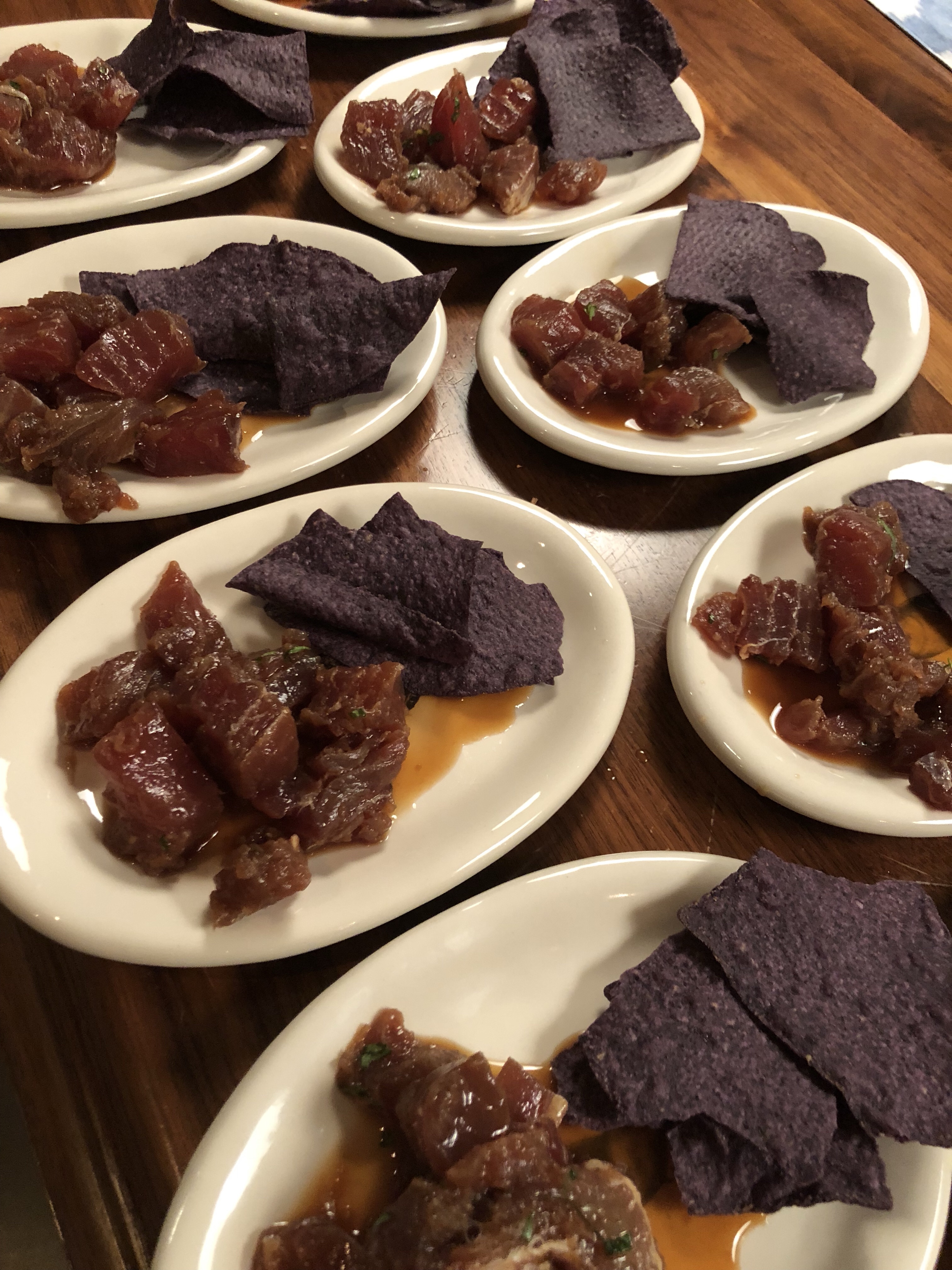 We always have a small issue when newcomers join for their first dinner at Le Poisson Bleu.  Many of the first timers think that the appetizer and cocktail hour is actually a buffet dinner so when it is time to sit for the meal they are completely full.  Ooops.  So over the years we have tried to serve some lighter snacks before dinner or at least the option of such.

When we can get sushi grade tuna, we love to make this poke and serve with guacamole and tortilla chips.  This recipe is inspired by a great seafood spot in Charleston and Nantucket called 167 Raw.  Every time I ask the crew how they make this I get some variation of this recipe: