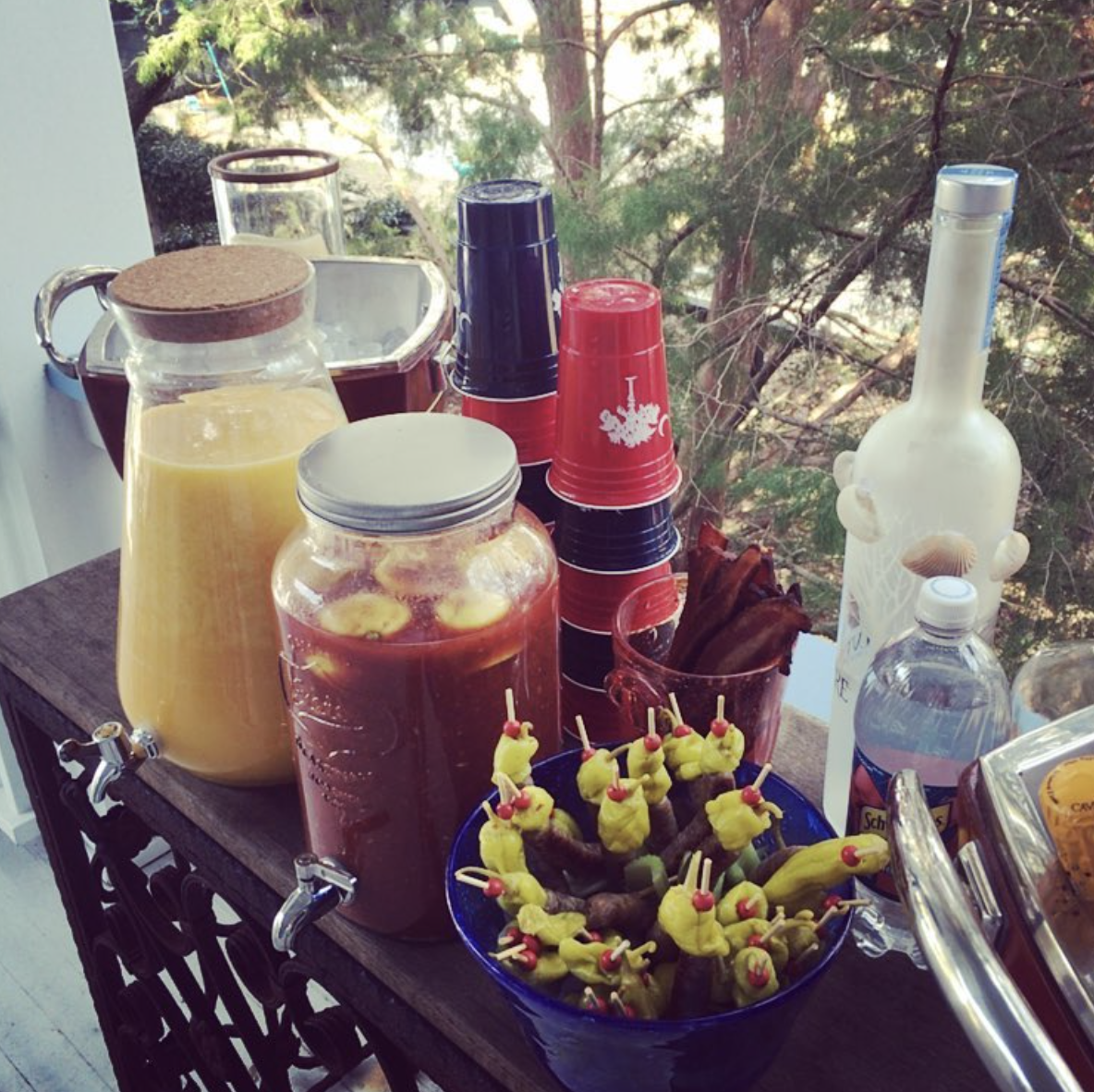 We all know that getting into the vodka bottle early in the morning is not the best idea. But if friends are trying to push through the ramifications of the night before, it’s sometimes necessary, if not prudent. The rule at LPB 🐟  is that if  you’re going to kick-start some day-drinking, you must do it with the right ingredients. We also offer the fresh orange juice and Bloody Mary mix without the vodka, so those who are of a sane mind can decide, if any, their level of alcohol consumption at 11 AM.

The first Bloody Mary, called the Red Snapper, was made at one of my favorite hotels in New York, the King Cole Bar at the St. Regis.  The bartender was kind enough to share their recipe with me. I’ve made some changes to it over time, like adding prepared horseradish, replacing tomato juice with V-8 and other spices.