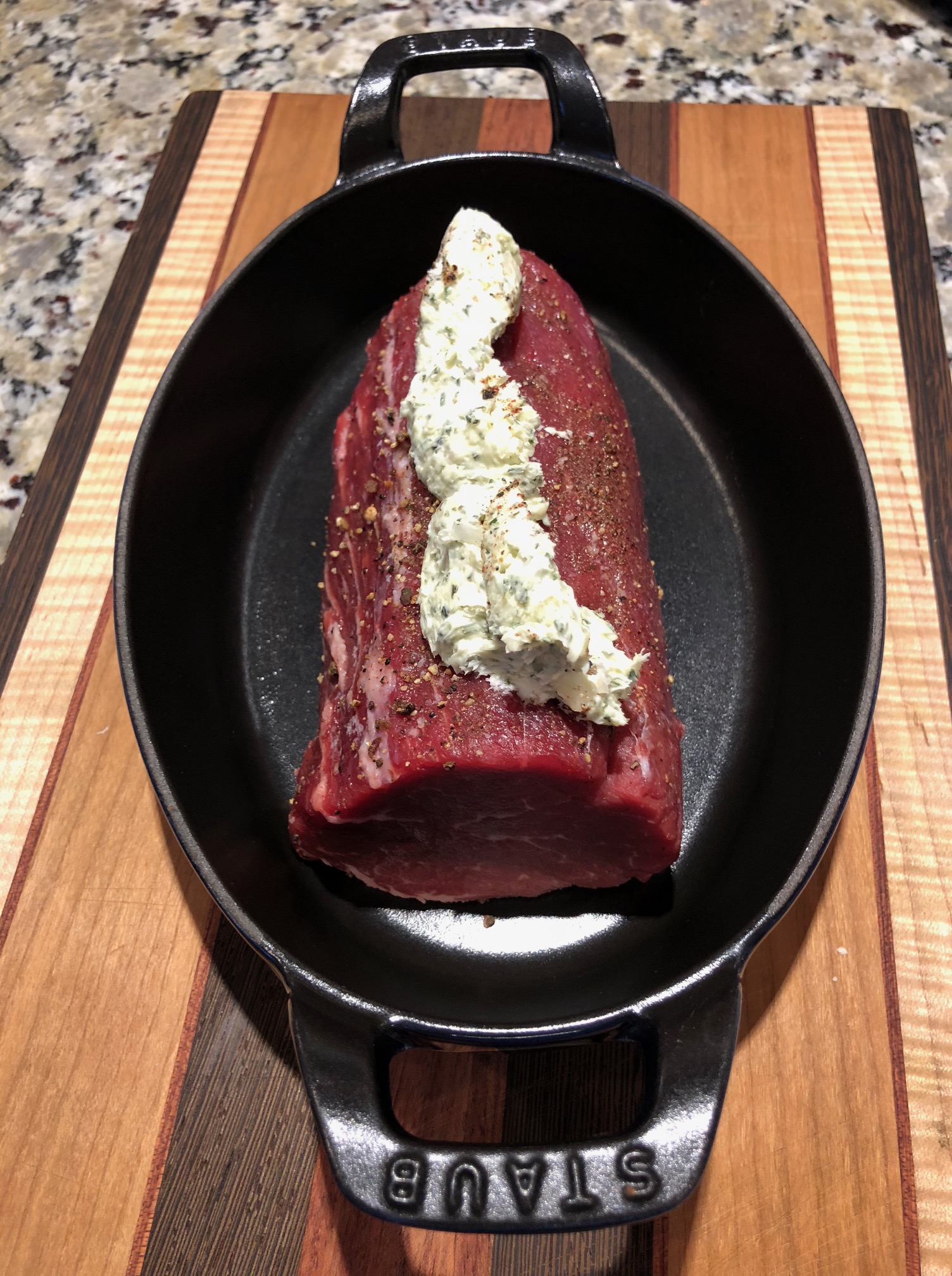 In Washington people like a good steak.  And at one time that was all there was to choose from.  There was once a time the city had a few social clubs like the Metropolitan Club, University Club and so on.  Those clubs had fine food but was mostly for members to be able to catch up with each other socially.  After that there were several steak-houses and a bunch of bad restaurants.  This all changed very quickly with the addition of so many great spots to eat at.

However, in the explosion of restaurants, the number of steak houses grew significantly as well.  This means you can get any cut of steak, prepared in a million ways all around Washington and just about every other city as well.  I like a well seasoned filet of beef for a dinner party and always have the butcher prepare the center cut of the tenderloin, of if you want to be fancy, call it the Chateaubriand.  This will come cleaned of all the fat and the silver-skin.  You can ask your butcher to tie it every 1 1/2 in so it cooks more evenly and looks better when served.

You can also use the beef to make hors d’ouvres, served on a crostini,with roasted red pepper, or topped with horseradish cream.

There is an ongoing debate on slow and low cooking and searing at the end, sous vide, or the traditional way.  I like to roast at a hot temperature, before letting the meat rest in tinfoil for 20 minutes or so.

1 comment on “Filet of beef, with garlic rosemary & shallot butter”