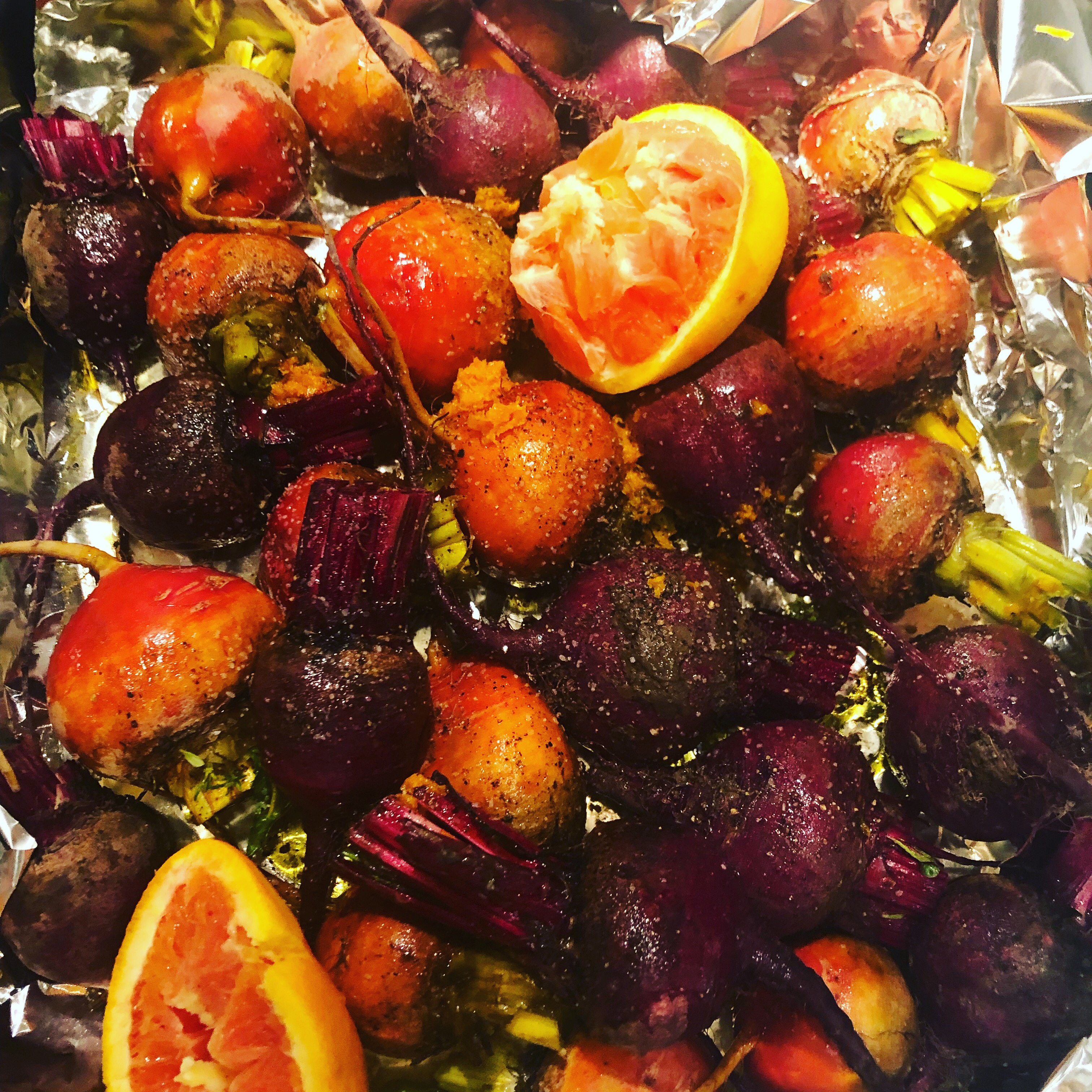 Beets are a tricky dish for a dinner party, considering that more than a few plates come back to the kitchen barely touched.  Too bad for those guests, I say.  There is a great restaurant on Sullivan’s Island, South Carolina, called the Obstinate Daughter. They serve their roasted beets over whipped ricotta cheese.  It is a great dish, but I have changed it a bit — with feta — to give it more of a punch!