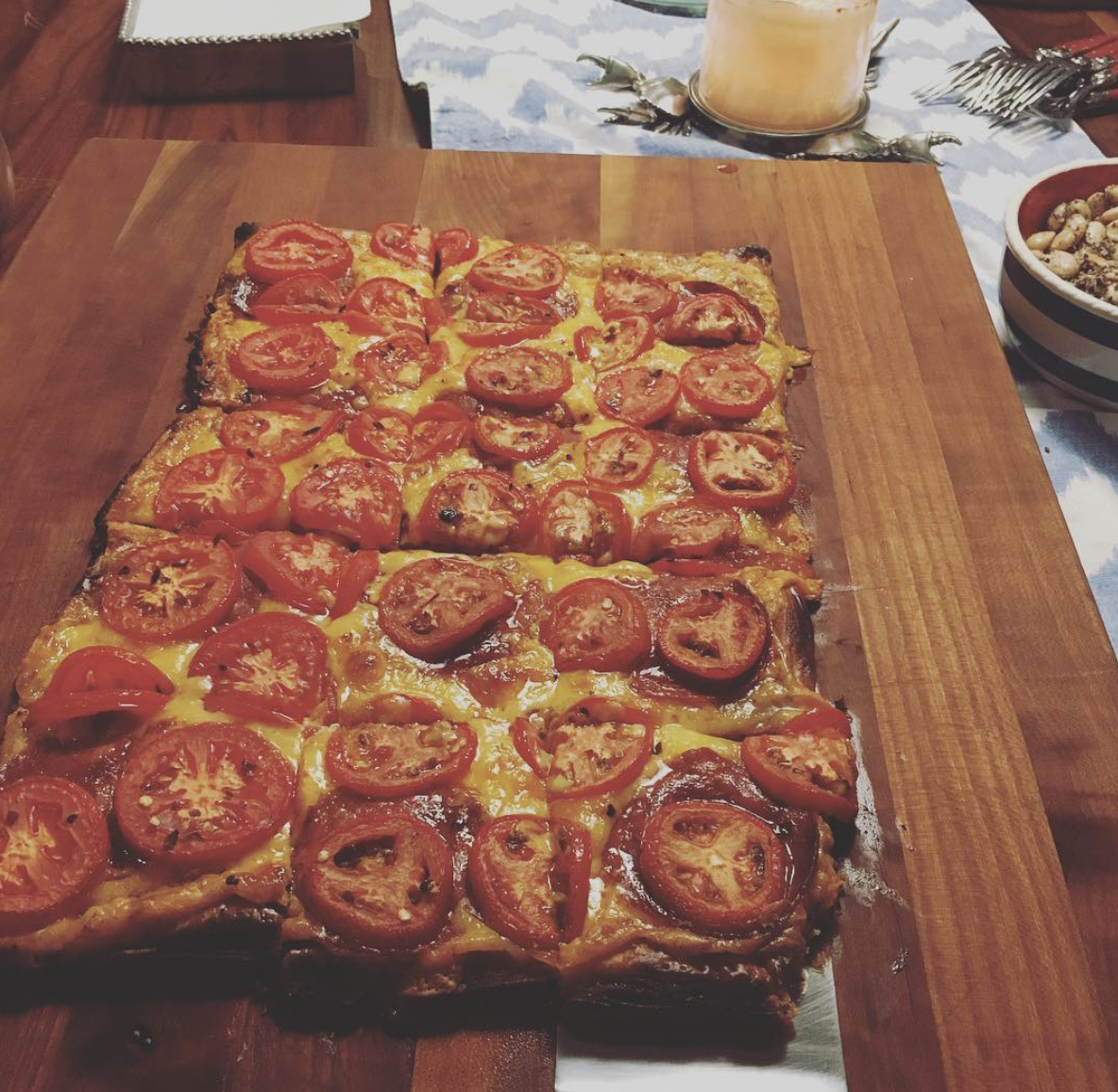 My favorite hotel is in London and unfortunately they have an amazing late-night room service menu.  One troublesome menu item is their pizza made with puff pastry and is only one dial away from being brought to your door.  After a few tries we created a version that can be served as an appetizer of party snack and luckily too much work at 3 AM to whip up.

This is an easier version and great to serve with fork and plates.  If you want to serve so people can just grab and eat, try this version of the puff pastry pizza appetizers.

Check out the magazine

*If you don’t feel like making pizza sauce, grab a small jar of Rao’s marinara sauce at the supermarket and heat a 1/2 tablespoon of red pepper flakes and a tablespoon of dried oregano in olive oil, over a medium flame.  Then add two cups of the sauce and cook for 10 minutes and you will have a tasty sauce.